Become a member and enjoy many benefits, it's fast and free!
Brickfilms • Unbridled Mischief
InformationViewingBehind the scenes 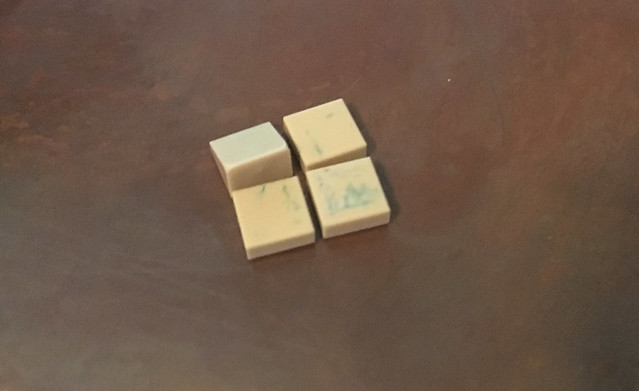 This first image is of the three tiles and single cheese slope that were used to animate the tattered map. I drew on them with a gel pen to make it look as though the map had rubbed away (I do not recommend doing this yourself as the ink seems to be permanent

). A thin lump of adhesive tack was placed below them to allow the pieces to be animated as a single "map." 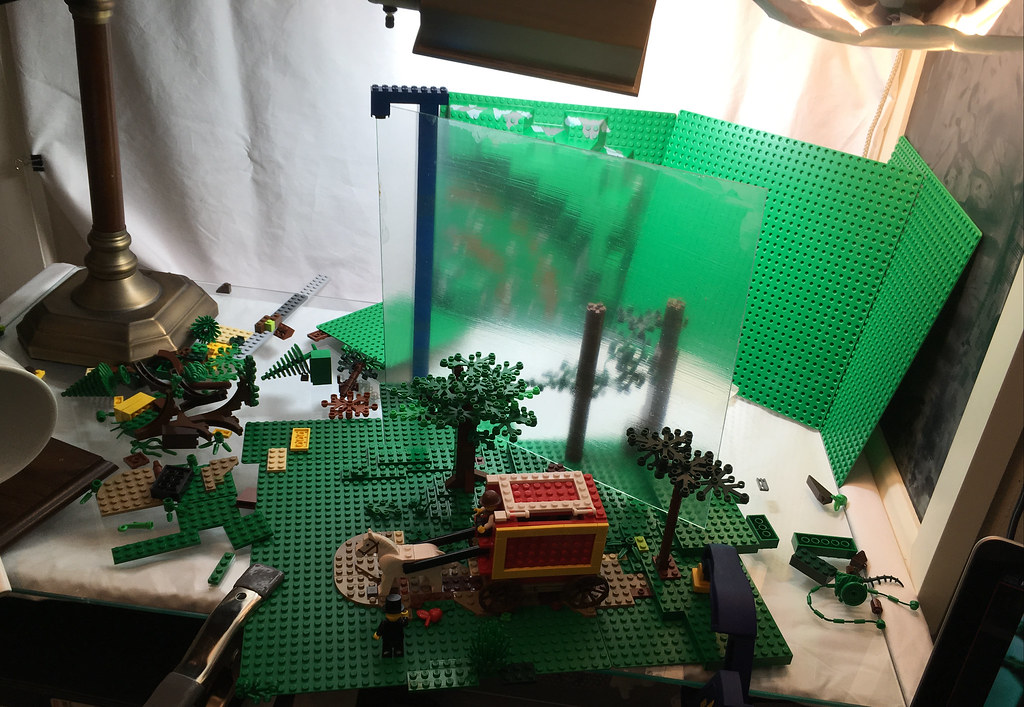 This image shows the main setup used for animating most of the forest scenes. The sheet of glass is covered in a thin layer of modge-podge and held up precariously by a stack of bricks. This helps give depth to the forest scene in the camera. I rebuilt the floor and rearranged the trees for each scene in this set to show changes in location. Everything in the video through timestamp 2:14 was filmed with this setup. 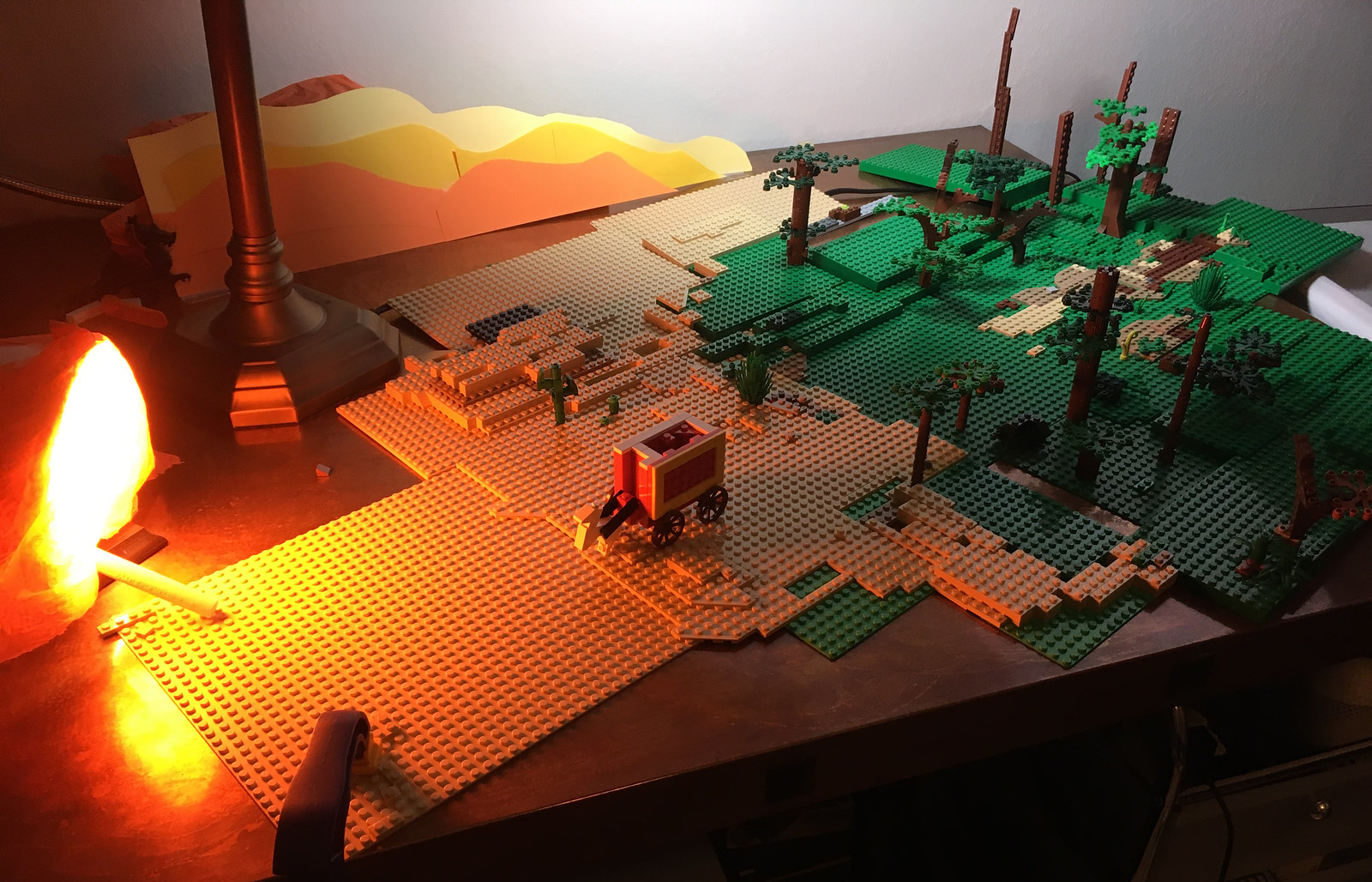 This is by far the largest set that I have ever filmed on! The forest didn't look quite as dense as I would've liked because I ran out of trees and foliage pieces. Nonetheless, it was still fun to animate. I spent about 6 hours building the set and designing the midi-scale cart, another 6 setting up the lighting and making test animations, and then 7 hours animating the actual scene.

That's all for now, thank you for reading and have a good day! Another Pongowl classic! Unbridled Mischief is simply...great! It's the perfect brickfilm to get you inspired. It makes you want to just go brickfilm. I was stunned by the coin animation. I can imagine the frustration you may have gone through to make that just right. The rest of the animation was top notch as well. The miniature horse was probably the most amazing. The voices and sound effects also matched up with the video really well. The only thing that bothered me a little, was some clay visible. Great job, Pongowl! Continue the great work! Unbridled Mischief is what you get when you blend a fantastic script, superb animation, absolutely beautiful cinematography and combine it into one big plate of awesomeness!

I adore the artistry that has gone into the animation. It's up there in my opinion as one of the greatest examples of brickfilm animation. I loved the cartoony nature of the movements, such as the way the crooked salesman's hat bounces as he steps off the cart, and the effortless way his accomplice carries the horse and throws him into the back of the cart.

The cinematography and set design was also superb. I love the flat card paper (I believe that is card paper - correct me if I'm wrong) that makes up the far off mountains. It's honestly seamlessly put together, in that you can't tell where the background starts and the set begins.

If I were to give one slight piece of criticism, I think the voices were ever so slightly too boomy at times, but that is all. Aside from that, you did a masterful job with the sound design. I really liked the detail of his voice becoming quieter when the camera cuts to the bandit secretly stealing his horse.

I can't tell you how much I adore this film. It is easily a 2017 highlight!

Absolutely beautiful, from the gorgeous lighting and cinematography to the consistently inventive animation. This film is one creative shot after another, and there are too many clever little details to list. The best thing I saw in 2017, and the type of film I am jealous to have not made.